The idea had already been put together early back in 2013 in a stunning traditional Lebanese villa owned by our family and located in Beirut's hip and chic Gemmayze neighborhood. We started our journey with exhibitions by both Lebanese and international artists, who just like us, happen to be fervent advocates of the heritage preservation movement, very active today in the Lebanese capital. We have been feeding our quest for the preservation of the Lebanese heritage through bringing back abandoned traditional mansions into life by activating their role in the present. By doing so, we point out to the danger this modern infatuation for demolishing timeless old Lebanese architectural beauties is.

Indeed, cultural, social, artistic, culinary, environmental, rooted, caring, our mansion is definitely as complex and versatile as intrinsically eclectic our idea for these traditional buildings is. Our journey continues today at Villa Paradiso Batroun. During a conversation we had back in September 2015 with a dear friend, we mentioned to her that we had acquired in 2007 an abandoned property in the old city of Batroun, 45km north of Beirut, and that we would be very happy if someone would be willing to team up with us in order to bring it back to life as well. She didn't have to think twice, and very short after, the project had already set sail.

Being in the north sector of the old city, Villa Paradiso Batroun is only few meters away from the majestic Saint Stephen and Saint George cathedrals. Northwest, lies the north harbor of the old Phoenician city, less than 100 meters away, today developed into one of Lebanon's biggest fishing ports. The property is a cluster of indoor and outdoor spaces built with the local Ramli (sand) stones that originate from Batroun's ground. The old city is famous for its so called "Phoenician Wall", natural rampart created by the millennial excavation of the Ramli monolith on which it sits.

The ground floor of the mansion itself is characteristic of the city's Ottoman times, due to the typical architectural features of that era, such as the arched vaults, the pebble paved streets, and the rather chaotic urban layout. The original upper floor had collapsed more than 80 years ago, it was replaced in the 1960's by a rather quickly done construction without any remarkable architectural features.

We conducted the restoration works with the utmost care for preserving as much of the original buildings as possible, using the most gentle restoration techniques, and the friendliest materials such as hydraulic lime for the old masonry joints and the plastering. The use of traditional carpentry and ironmongery techniques didn't hinder the full modernization of the house including environment friendly features such as eco-friendly double glazed windows, solar heating panels, lime painting techniques, and water saving bathrooms. The use of many up-cycled materials has been a main concern for the Villa Paradiso team, from recuperated tiles, to refurbished old window frames, to old steel fences and grids, transformed into indoor and outdoor design items.

Today the ground floor with its spacious indoor and semi indoor vaults has been safely restored and converted from the early 20th century French troops warehouse then biggest carpentry in Batroun, to the Mariolino restaurant, ready to welcome guests looking for a distinguished restaurant/venue that could host their events and most special moments. The elegant indoor space of our cherished Mariolino restaurant, staple in mediterranean cuisine, is backed up by a professional kitchen and a lovely 520m² garden surrounded by other heritage houses and populated by a variety of beautiful old trees, from the white mulberry, to the tall medlar, resurrected pomegranates, olive, bitter orange, and flamboyant melias, all articulated around the precious centennial well that was restored and cleaned to service the generous garden again, just like in the good old days! As for the upper floor, it houses the fully renovated six bedroom and breakfast area guesthouse. The sea and town view spacious terraces and the roof bar lay beside the guesthouse, offering a relaxing space to every guest looking to spend a simply pleasant stay in an authentic timeless environment. 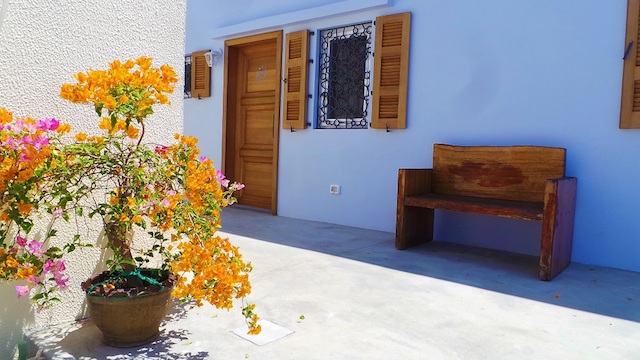